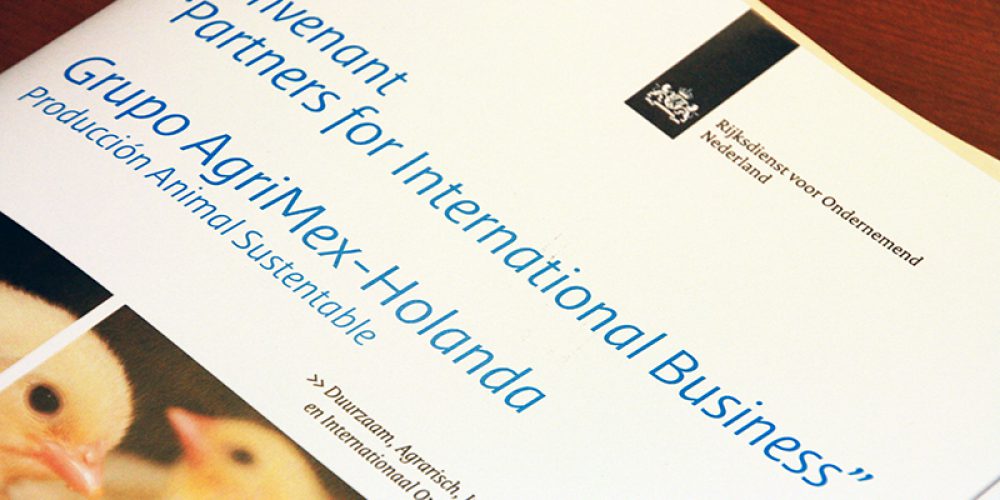 Today the 20th of June, the Dutch consortium Grupo AgriMex-Holanda has officially been formed, through the signing of a covenant between the Ministry of Foreign Affairs, the Ministry of Economic Affairs, the Netherland Enterprise Agency and eleven Dutch companies. The covenant has been signed for a period of three years.

Grupo AgriMex-Holanda has the main objective to participate actively in the Mexican animal production market, based on sustainable production and animal health, with a special initial focus on the poultry sector. In total, the Dutch government and the companies will invest through their active involvement together about one million euros. 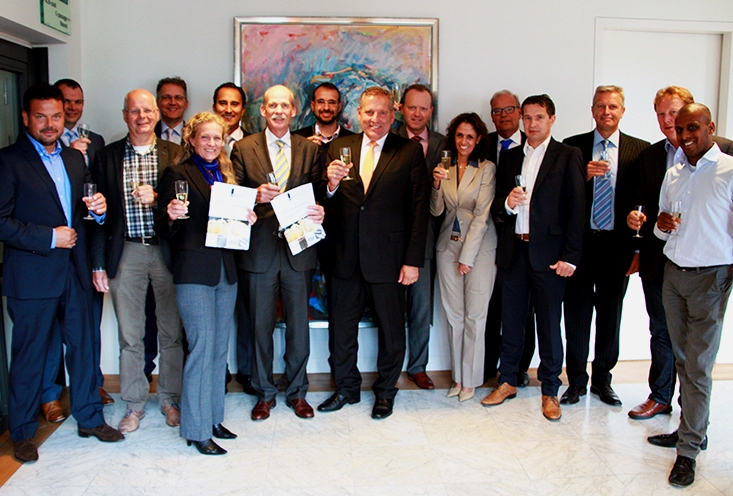 Mexico is a country with a wide variety of opportunities for Dutch animal production companies, and especially for Grupo AgriMexi-Holanda, because of its large internal market and its growing export markets, a high level of production of especially poultry, eggs and pigs.

The signature of the covenant of Grupo AgriMex-Holanda implies a continued effort to take advantage of the agrifood sector of Mexico and to heighten the image of Dutch expertise and technology (the integrated Dutch Chain Approach) among the Mexican animal, particularly the poultry, production sector.

“We started with nothing, only an idea during the 2013 roadshow to combine our collective interests and experiences and do more with a permanent presence. In support of the vision generated in Mexico, the Partners here present put forth their personal and commercial commitments, prepared an Action Plan that provides an engaging and flexible framework, and are ready to execute this Covenant in all earnest. We also regards this document as a crowning conclusion of the dedicated and determined service received from the Office of the Agricultural Counselor at the Netherlands Embassy in Mexico. We are now ready to go forward on waters uncharted…” [Grupo AgriMex-Holanda]

Dorset was founded in 1984. Our products are divided over three divisions: Green Machines, Identification and Farm Systems.